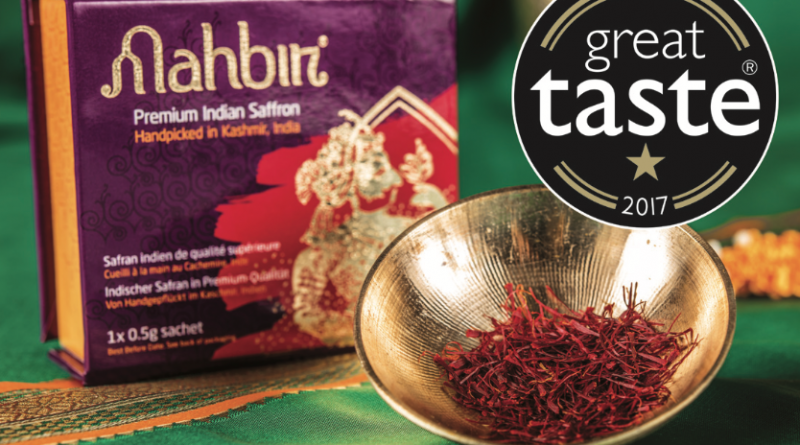 Under the brand name, Mahbir Premium Indian Safron, together they are seeking to increase the mainstream appeal of safron in international markets, and to position India as the most trusted source of high quality safron in the world.

In less than a year, the start-up is already exporting high quality red-stigma tip safron strands to three European countries, and have launched an innovative range of safron-infused food products including safron-infused chocolate and fruit jams to appeal to the palette of western consumers. Having entered for the first time this year, the company can now add the coveted Great Taste Award to its achievements. The UK-based Great Taste Awards is widely acknowledged as the world’s most respected food accreditation scheme for artisan and speciality food producers. As well as a badge of honour, the unmistakeable black and gold Great Taste label is a signpost to a wonderful tasting product, which has been discovered through hours and hours of blind-tasting by hundreds of judges.

Over 12,300 products were reviewed by over 500 judges including food critics, chefs, restaurateurs and journalists. Only 35% of entrants actually received an award. All of the products were judged on taste alone by blind-tasting, which means without any branding and packaging.

The prize is considered to be a first for Kashmiri sa ron. The judges feedback on the award-winning safron included, “good long strands of aromatic sa ron, which are nicely dried. There’s a good level of infusion in water, and the aroma is sound and rounded,” and with regards to taste, “pleasant and clean, gentle but distinct.”

Proprietor, Mahbir Thukral said, “after two years of hard work with the co-operative farmers, and having only launched in international markets less than a year ago, this is an amazing achievement for all involved. When initiating this idea back in 2014, none of us had imagined that the reaction would have be so positive, so quickly. We are very proud of our sa ron and by winning this award, we are looking forward to the new doors that will open for us and for Kashmir’s safron industry.”